We use cookies on our website. They help us get to know you a little and how you use our website. This helps us provide a more valuable and tailored experience for you and others.

You can revoke cookies at anytime at the bottom of the page.

Descoteau’s appointment reflects Synthax’s overall commitment to increasing its presence in the rapidly expanding broadcast market, which has increasingly been adopting IP, streaming and networking technologies over the last several years. In his new role, Descoteau will be tasked to grow this important business segment for Synthax, while developing and expanding the company’s independent representative network in North America.

“With our RME, Ferrofish, myMix, Appsys and most recently our Digigram brands, we have a formidable linecard when it comes to audio networking technology,” said Mathias von Heydekampf. “Our appointment of Michael comes at an opportune time as we scale our offerings in the broadcast market. Michael brings an impressive set of capabilities and experience to his new role having worked in top sales capacities as well as alongside systems integrators and others in the broadcasting field.”

Most recently, Descoteau was Director of Broadcast Sales for Dale Pro Audio, where he spearheaded broadcast sales and helped customers develop and implement IP networking schemes, including Dante, AoIP and VoIP. In his capacity at Dale Pro Audio he also assisted in supporting and educating customers on topic such as the changing RF environment and the evolving requirements of broadcast production. Prior to working at Dale Pro Audio, he held roles at broadcast leaders including Masque Sound, Solid State Logic, and others.

“The broadcast market is already highly dependent on IP technology,” said Descoteau. “Synthax’s diverse lineup of products are able to help companies accelerate their success in a range of broadcast verticals, including sports, entertainment, government and more. We want to expand and extend our opportunities in this market by delivering world-class audio networking infrastructures to our increasing customer base.” 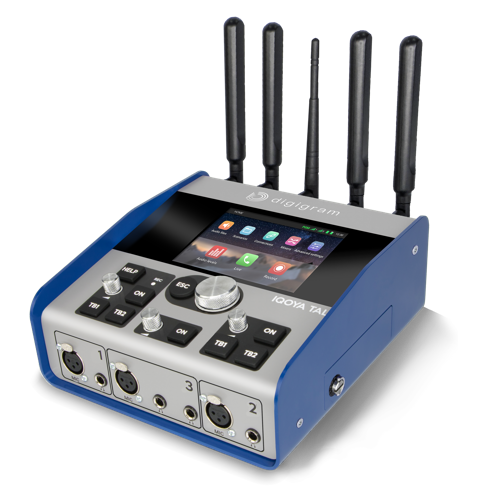